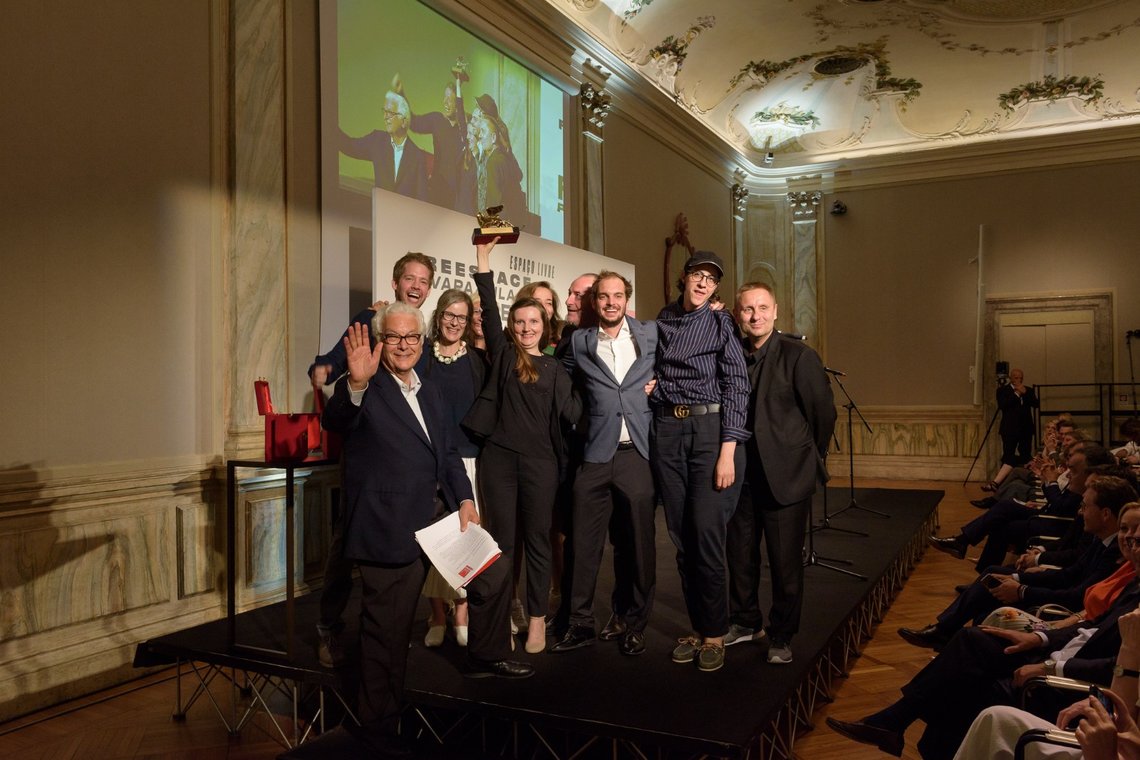 A special mention has been awarded to the following National Participation: 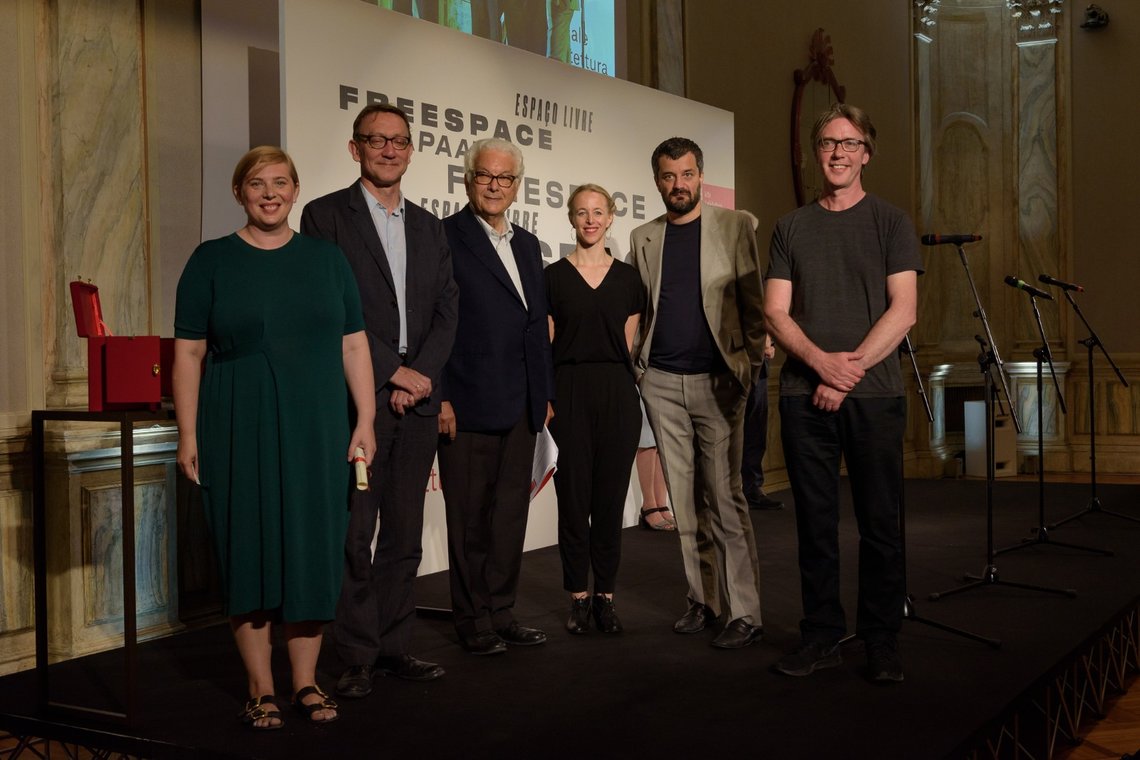 Golden Lion for the best participant in the 16th Exhibition FREESPACE to: 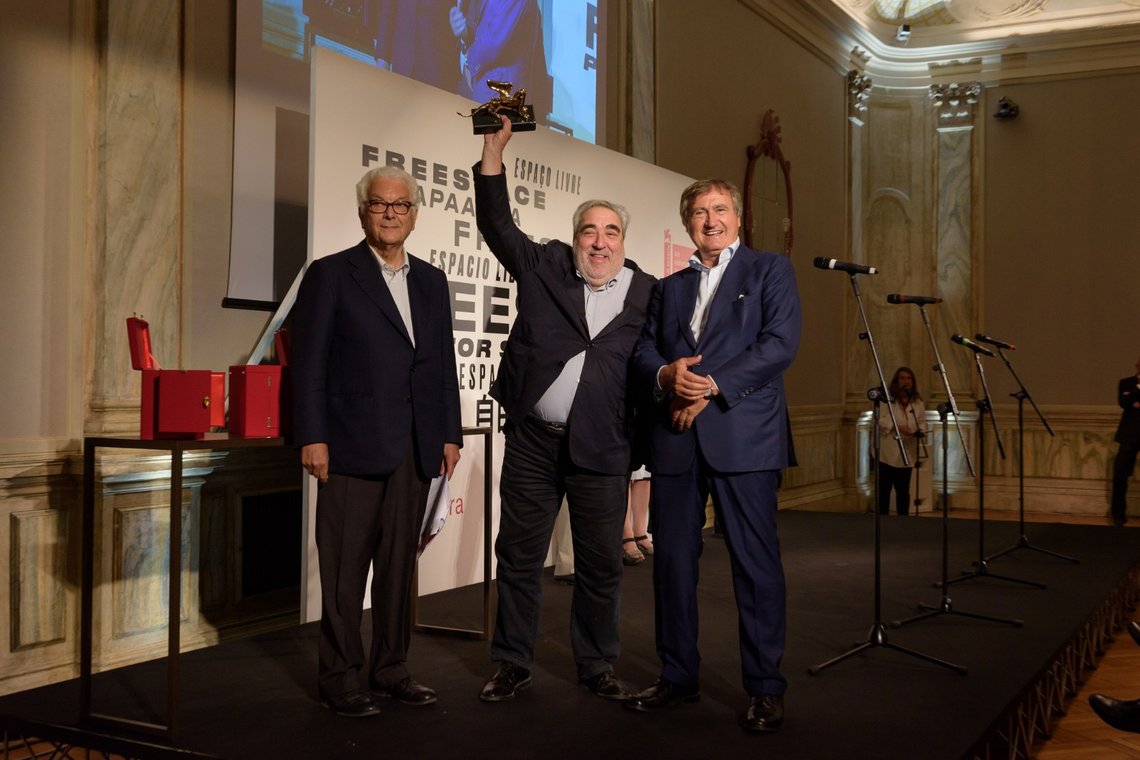 Silver Lion for a promising young particpant in the 16th Exhibition FREESPACE to: 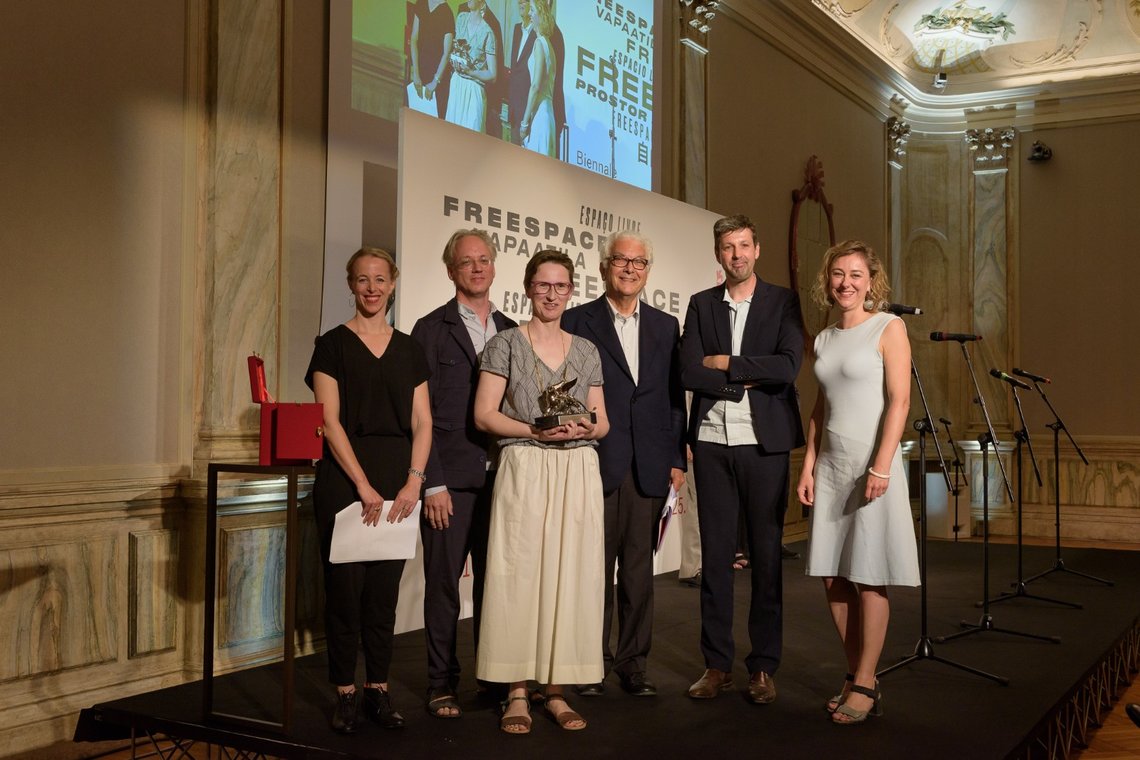 The Jury has decided to award two special mentions to the following Participants in the 16th International Exhibition FREESPACE: 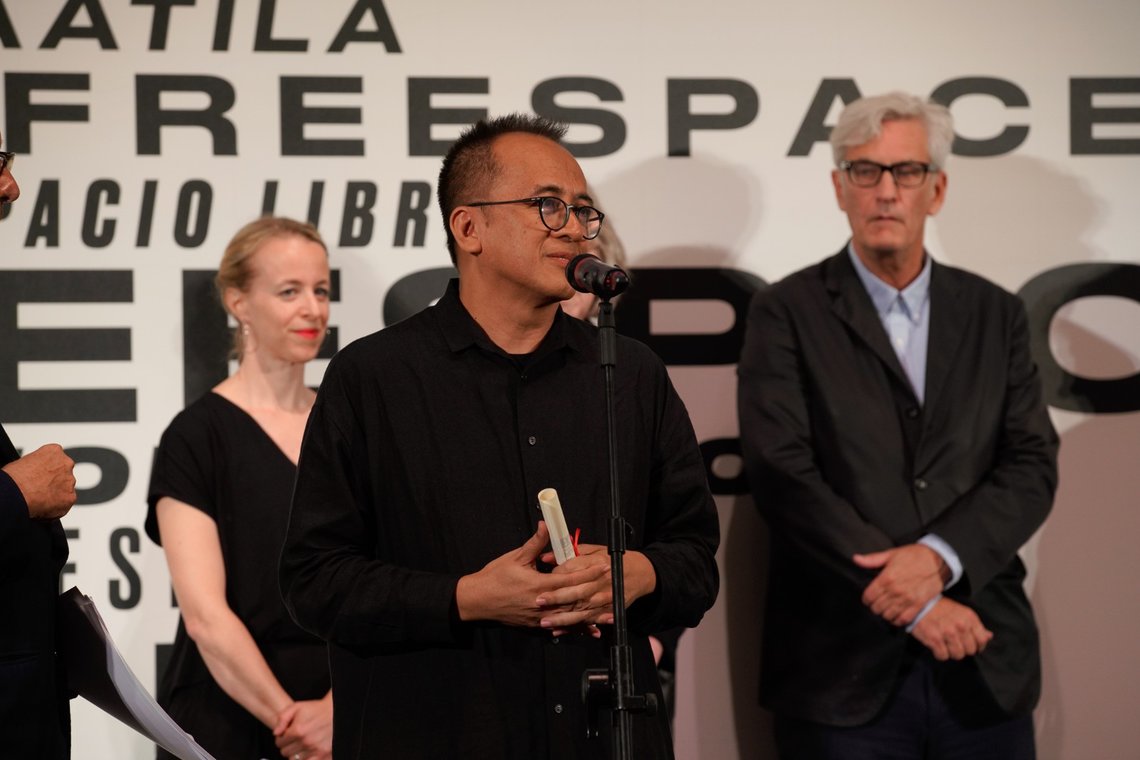 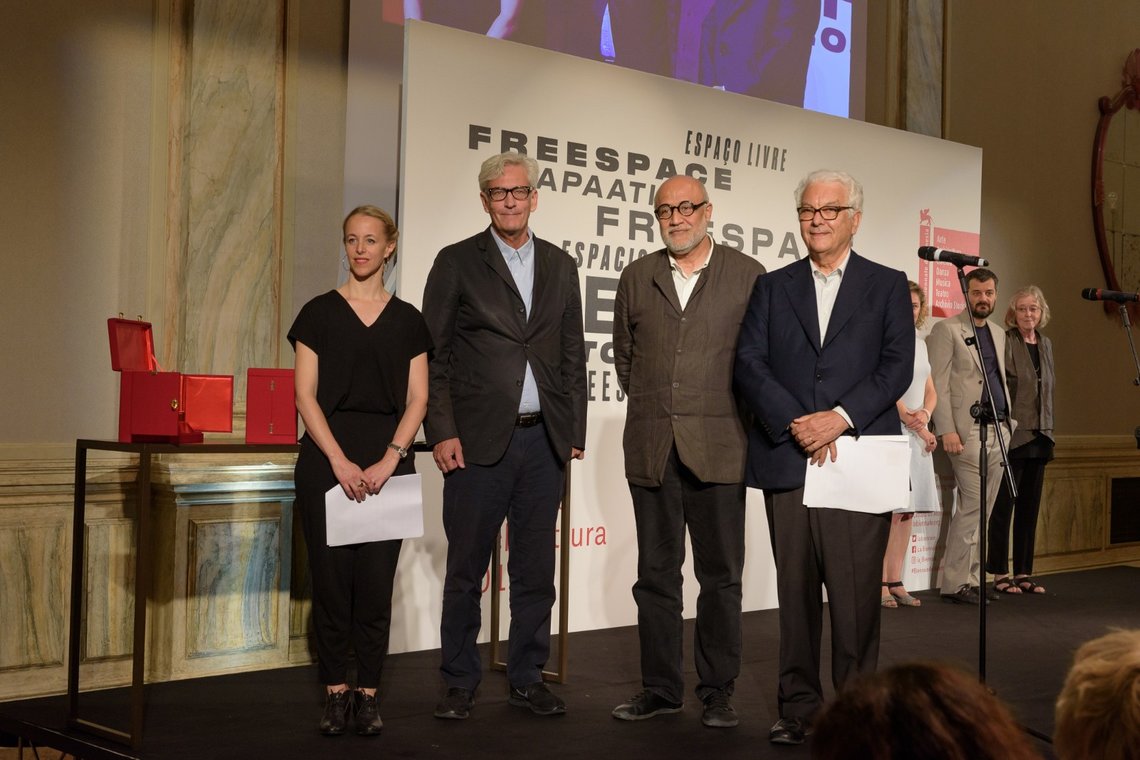 The Board of Directors of La Biennale di Venezia, chaired by Paolo Baratta, is also awarding the Golden Lion for Lifetime Achievement upon recommendation of Curators Yvonne Farrell and Shelley McNamara to: 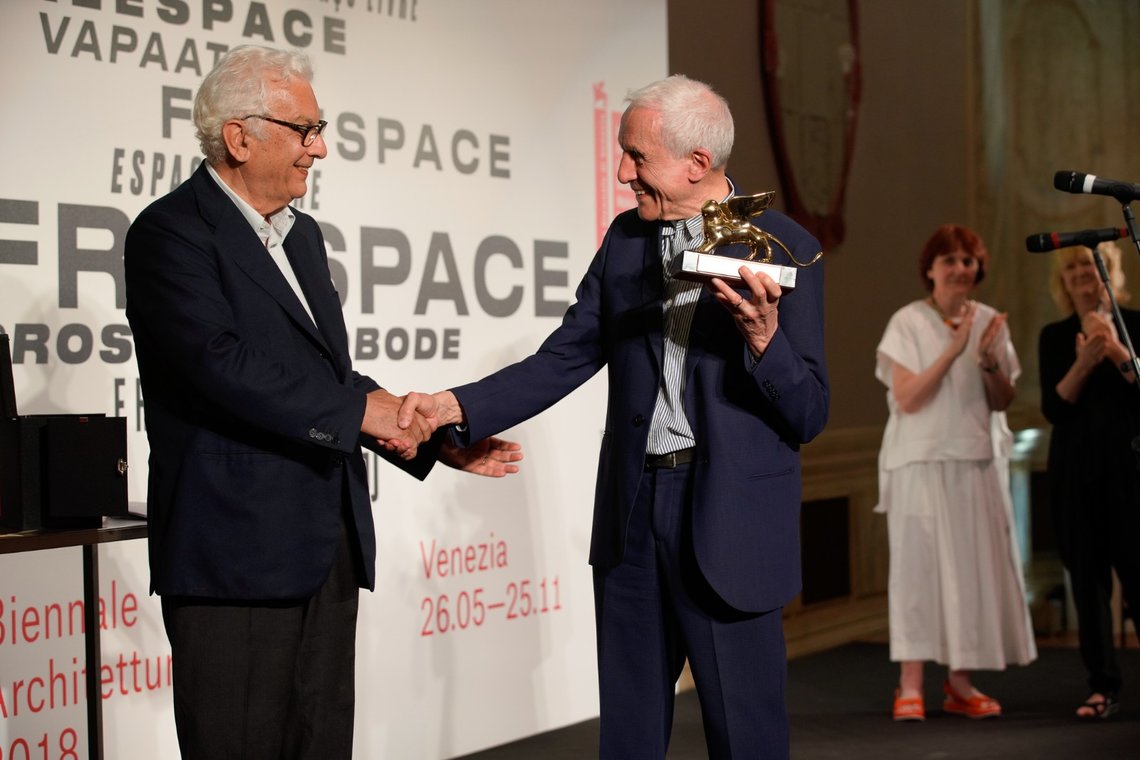 The Awards Ceremony of the 16th International Architecture Exhibition took place today, Saturday May 26th 2018 at Ca’ Giustinian, the headquarters of La Biennale di Venezia, at 11 am.

The awards of the international Jury are awarded for the following reasons:

Golden Lion for Best National Participation to Switzerland for a compelling architectural installation that is at once enjoyable while tackling the critical issues of scale in domestic space.

Special mention as National Participation to Great Britain for the Courageous proposal that uses emptiness to create a “freespace” for events and informal appropriation.

Golden Lion for the best participant in the 16th Exhibition FREESPACE to Eduardo Souto de Moura (Souto Moura–Arquitectos - Porto, Portugal) for the precision of the pairing of two aerial photographs, which reveals the essential relationship between architecture, time and place. Freespace appears without being announced, plain and simple.

Silver Lion for a promising young participant to Jan de Vylder, Inge Vinck, Jo Taillieu (architecten de vylder vinck taillieu - Ghent, Belgium), for a project that possesses a confidence thanks to which slowness and waiting allow architecture to be open to future activation.

Special mention to the Participant in the 16th Exhibition FREESPACE to Andra Matin (andramatin - Jakarta, Indonesia), for a sensitive installation that provides a framework to reflect on the material and form of traditional vernacular structures. 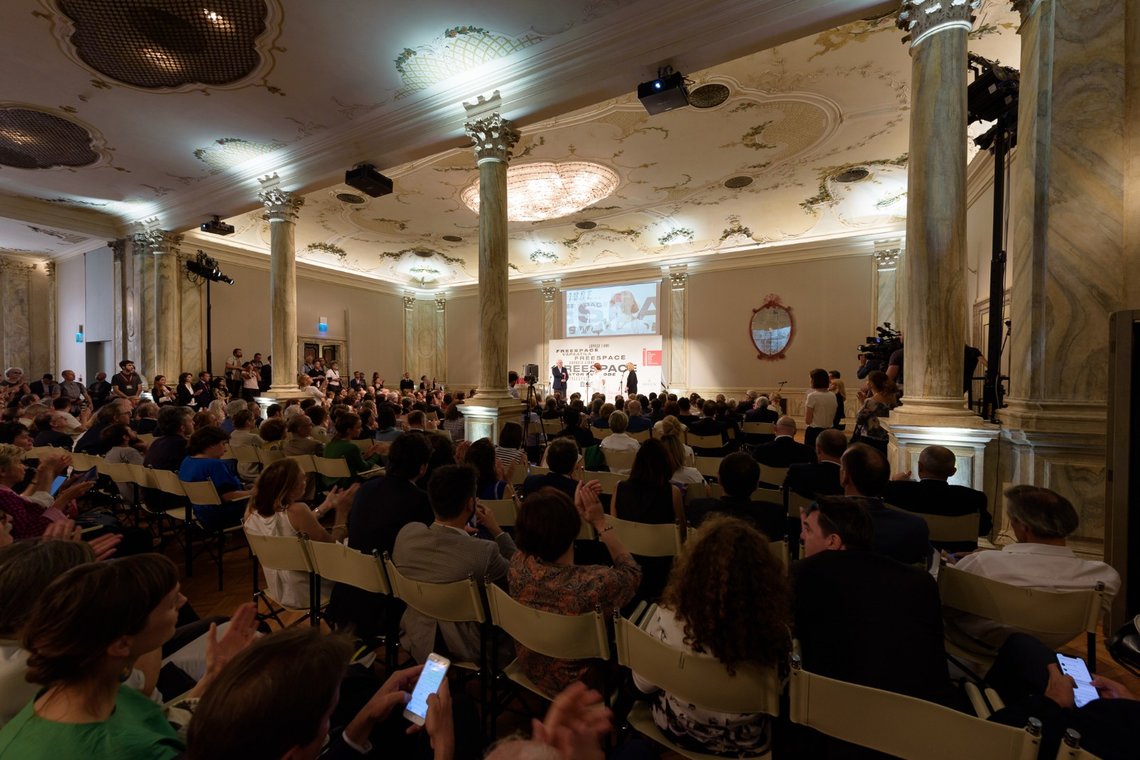 THE IMAGES for the 16th Exhibition may be downloaded at the following link: 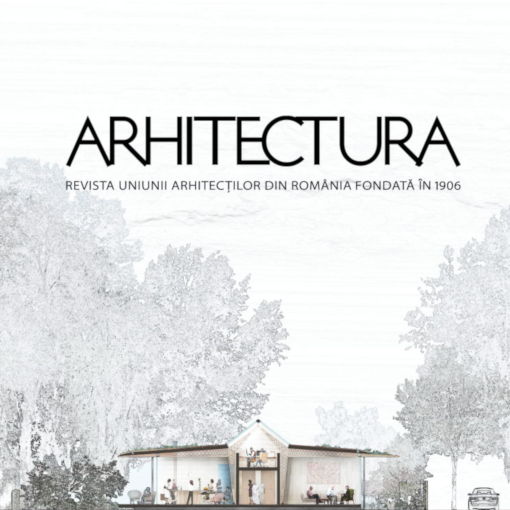 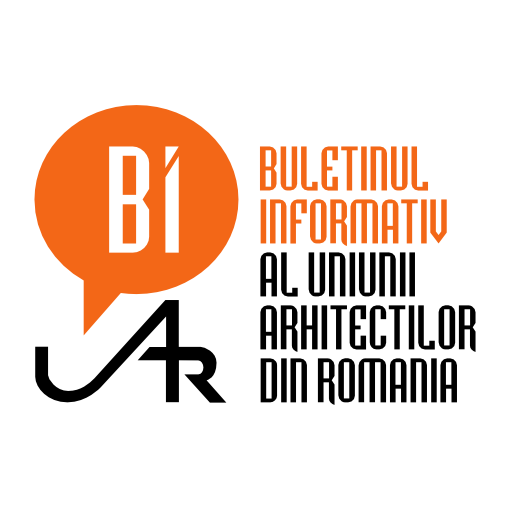 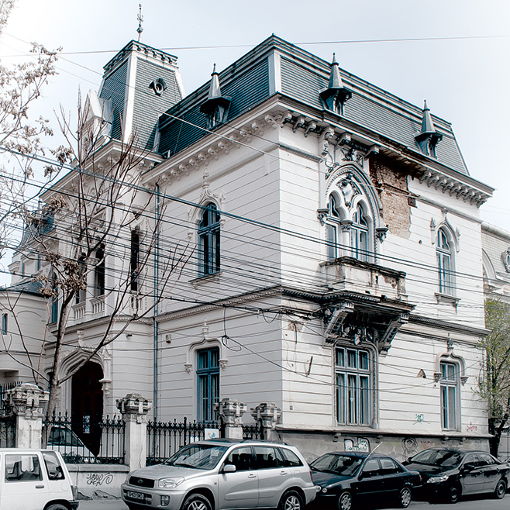